There are two major groups of people when it comes to whether or not you throw old things away. The first group likes to clear out unused items in their home to make space for new purchases. The second group clings to their older belongings either out of nostalgia or because they believe they may prove important one day.

Many people refer to others in the second group as hoarders and see it as problematic behavior. Although not everyone who saves their belongings is a hoarder, the act of hoarding can prove detrimental to a person’s wellbeing.

So, what is hoarding, and how does an actual hoarder get help for their condition?

Hoarding disorder refers to a problem with discarding or parting with possessions. There’s a perceived need to save these items outside of solely sentimental or economical reasoning. A hoarder will experience physical and emotional distress at the very thought of discarding items they’ve amassed.

The result of hoarding is an unsuitable environment for comfortable living. It’s not uncommon for a hoarder’s house to have stacks of items creating narrow pathways throughout it.

In severe cases, all surfaces may be covered throughout the house. When there is little to no available room, that clutter may spread outside the home into their vehicle and garage. A hoarder may also rent out storage facilities to save other items they see as valuable.

Hoarding isn’t limited to physical objects, either. Some people have been known to hoard animals, which often leads to neglect and mistreatment.

A new sub-type of hoarding has also emerged called “digital” hoarding. In this case, individuals collect excessive digital material such as photography or other kinds of data. Digital hoarding is also common in the workplace, where data is seen as a valuable commodity.

Some experts attribute the rise of hoarding disorder to a genetic predisposition. Other studies suggest non-genetic causes, such as traumatic brain injury or emotional trauma.

There is a possible link between hoarding and the ease with which people can acquire new objects in modern culture. People develop a fascination with these objects, and they accumulate over time. They then later discover that actually getting rid of these things is a much more difficult task than it was purchasing them.

Regardless, there is an important distinction to be made between hoarding habits and hoarding as a mental disorder.

Is Hoarding a Mental Illness?

Although some people like to collect things and devote entire rooms to that collection, it doesn’t become hoarding until it’s problematic. More specifically, hoarding disorder can lead to dangerous clutter and heavy stress over that clutter.

A way of thinking or living your life becomes a mental illness when they cause problems functioning in your life or work. It’s not uncommon for a hoarder’s home to constantly be in a state of organized chaos. That’s what happens when you collect far more things than you have space to store them.

Approximately 2% to 6% of the United States population alone have hoarding disorder. That doesn’t include other countries where people may struggle to collect as many items or have different mental health diagnostic standards.

There is also hoarding OCD, which is considered a subtype of obsessive-compulsive disorder.

People with OCD have strong emotions about keeping possessions or keeping things in a very specific way. These intrusive thoughts will often lead to them disrupting their own lives to act on their impulses. Failure to do so can cause extreme stress and harmful behaviors.

Getting a professional diagnosis comes down to what symptoms and behaviors you display. If you don’t differentiate between the different types of hoarding, then you won’t have the correct tools to improve your life and mental state.

Hoarding disorder is diagnosed by a doctor if an individual presents the related symptoms. It’s not something that you can decide another person has based on their vast collection of figurines or memorabilia.

There are multiple signs of a hoarding disorder, ranging from a mild urge to collect items all the way to structural damage and health risks. These symptoms are grouped into five stages of hoarding disorder to better understand and deal with it.

Signs of a Hoarding Disorder

Most hoarders don’t always outwardly show the symptoms associated with the disorder. It’s not as if they openly showcase the state of their homes to people outside of their close friends and family. Unless their hoarding extends to their vehicle, you need to visit their personal space.

There is a big difference between a messy home and a hoarder’s nest. A person may develop a lot of clutter if they’re depressed, but that mess won’t be organized in any specific manner.

Meanwhile, a hoarder has specific places where they place certain objects. Their living space may look like a mess to an outside viewer, but to them, everything is exactly where it needs to be.

If you hired a cleaning service, a hoarder would have a meltdown. In a worst-case scenario, they would resort to violence to stop other people from touching their belongings.

Their collection of items becomes problematic when it endangers their health and clutters living areas. However, they struggle or outright refuse to discard items because they feel safer surrounded by them.

Hoarding disorder ranges from person to person. The disorder is currently broken down into five levels based on its severity. Knowing what level a loved one is on can help you make decisions regarding their wellbeing.

The five stages are as follows:

How to Help a Hoarder

It is possible for a person to get help for hoarders in their life. Hoarder’s support organizations have an abundance of resources available on their website. There are also ways to provide hoarding support in addition to seeking professional help.

First of all, a person with hoarding disorder should join a support group. This is the best way for someone to realize that they’re not alone and are worth saving.

Online support groups don’t use cameras and provide anonymity for those willing to share their struggles. You may also find an in-person support group in your local area.

Professional organizations provide support lines for people to call. Of note is hoarding cleanup, which provides a nationwide directory of cleanup services and mental health providers.

At home, a person with a hoarder’s disorder should practice healthy habits before they get too far into it. Toss any unused items and don’t buy new things just because they’re on sale. It also helps to leave your home and focus more on making and maintaining social connections out in the world.

Find a  Hoarding Therapist in New York, NY who specialize in helping Hoarders.

Hoarder’s can also join a Support Group like the International OCD Foundation who helps connect hoarder with like-kind needs.

H.E.L.P. was created to provide resources for the elderly to live full and productive lives. If you fit their intended age group, you can call (310) 533-1996 to connect with free or low-cost mental health agencies and self-help support groups near you.

It’s difficult enough to deal with a mental disorder like depression and anxiety. When it presents itself as hundreds of pounds of junk collecting in your home, it’s nearly impossible to know where to get started. Your best first step is to call in for a cleaning service.

What is a hoarding cleanup service and what exactly do they do, anyway?

Clutter Free Service & Cleanup Pros is your one-stop removal and cleanup service. Our hoarder home cleaning service works closely with the homeowner to help declutter and discard items upon consent. We can also help deliver items to a storage facility if necessary.

Contact us for a free quote and to learn more about our services. 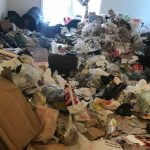 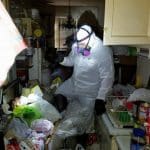 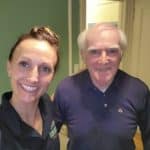 Hoarder Cleaning Services in New York City: What You Need to Know

hoarding Homeowner's Kitchen in New York If you or a family member have started hoarding, you're far from alone. The... Read More 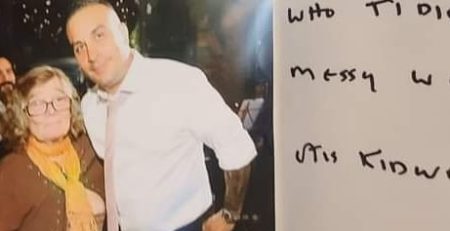 Compassionate hoarder cleaning process that helps those with a hoarding disorder. Sufferers may not realize that their home is... Read More 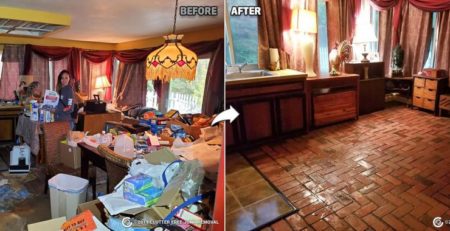 Hoarder cleaning specialist is most important when your home or apartment is becoming cluttered with your or a loved... Read More 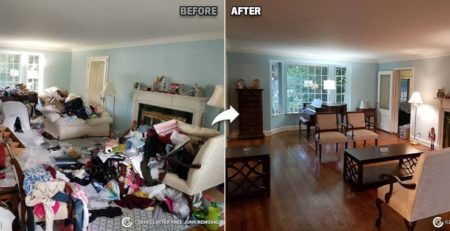 Hoarder cleaning is need and  you find it hard to schedule hoarder cleanup. If you’ve taken this important step... Read More

hoarding Homeowner's Kitchen in New York Did you know hoarding disorder affects approximately 2.6% of all adults, with similar symptoms and... Read More

Hoarder Cleaning Services in New York City: What You Need to Know

It will be our pleasure and honor to help you